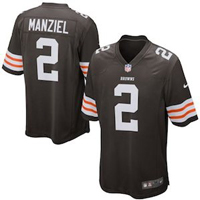 In that time span, Manziel surpassed Super Bowl XLVIII champion quarterback Russell Wilson of the Seattle Seahawks in overall sales, which is based on total sales of all officially licensed products via more than 70 licensees online and via traditional retail outlets from March 1 to May 31.

Additional highlights of the list include that Manziel outsold Wilson in Nike game jerseys; three Seahawks players — Wilson, Sherman and Lynch — led all players in Bobblehead sales; and Bryant made the biggest leap from the end of the fiscal year to the first fiscal quarter, moving from No. 30 to No. 8.