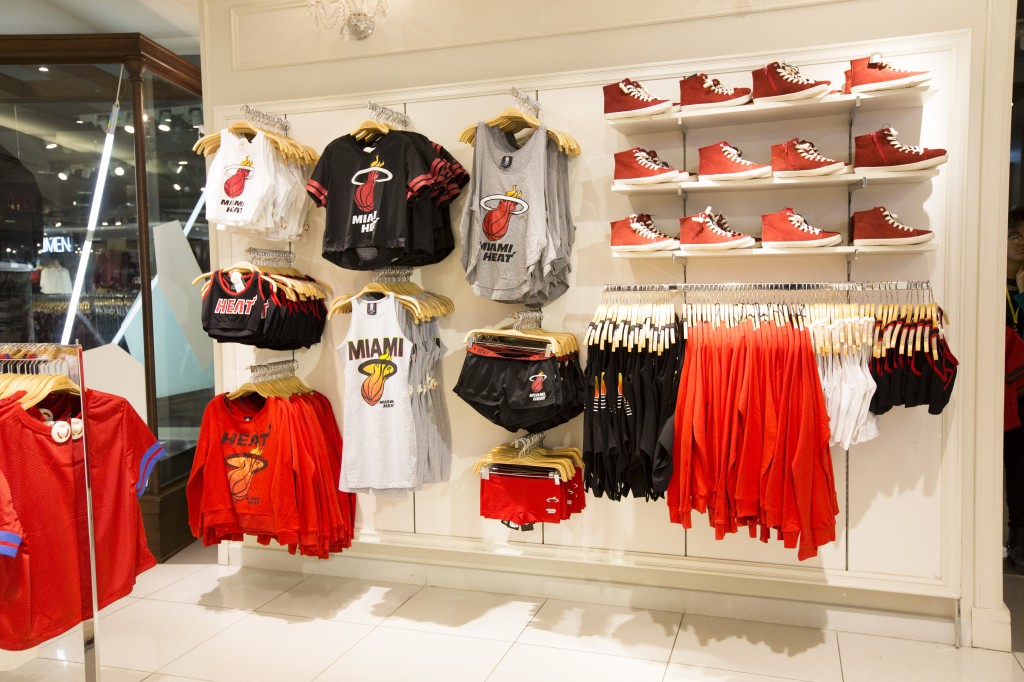 Three reasons for the National Basketball Association’s (NBA) success in attracting fans on an international scale recently were displayed in a single sequence during a 2014 regular-season game between the Oklahoma City Thunder and San Antonio Spurs. (Trivia note: The Thunder snapped the Spurs’ 19-game winning streak, while simultaneously continuing another streak: a season sweep of San Antonio.)

In the game’s second quarter, off a missed Tim Duncan layup, Thunder star forward Kevin Durant grabbed the rebound, raced the length of the court, side-stepped the Spurs’ Danny Green and threw down a two-handed dunk, much to the delight of the capacity crowd that filled Chesapeake Energy Arena in Oklahoma City, Okla.

Truth be told, scenes like this one play out nightly in arenas across the country during the NBA season, but that sequence represents a microcosm of the league’s global attraction among fans.

Vicky Picca, the NBA’s senior vice president of licensing and business affairs, cites the three main factors aiding the league’s worldwide popularity thusly: League games feature some of the most recognizable athletes on the planet (Tim Duncan, Kevin Durant); real-time, exciting and unscripted content unfolds nightly during every game on every play (Durant’s end-to-end, rebound-to-slam-dunk sequence); the sport is universally accessible and understandable — play simply requires a ball and hoop.

As stewards of basketball’s globalization, the NBA has benefited from a growing international presence. Its games and related content are programmed in 215 countries and territories in 47 languages, according to the league. Picca also cites the advancement of technology as another facilitator of growth, noting more than half the 42 million daily page views on NBA.com originate outside North America.

This has translated into proliferated retail sales of NBA-licensed merchandise. According to Picca, 35% of the league’s product sales are generated from outside the United States, with China and Europe being its top two international markets, respectively. The league also has a booming e-commerce platform that extends internationally, with LojaNBA.com (Brazil), NBA.TMall.com (China), NBATienda.com (Mexico) and NBAStore.eu (Europe, Middle East and Africa) in the fold, and more to follow.

The NBA works with its licensees and retailers worldwide to create marketing programs that drive licensed product sales. “We use traditional and new media marketing and advertising opportunities — whether they be shop-in-shops, signage, incentive programs, social media, radio, TV or print — as part of these programs,” Picca says.

The following are examples of retail programs the NBA has enacted that have seen measurable success:

Apparel is the top dog in the licensed sports product game, with retail sales totaling $5.01 billion in 2012, according to The Licensing Letter. But Picca says the NBA has seen two other categories, headwear and inflatables, grow significantly due to respective supplier partnerships with Mitchell & Ness and Spalding.

“We anticipate the Mitchell & Ness business to see record growth with its global expansion during the 2013-2014 season, fueled largely by its headwear business,” she says. “As [Spalding] celebrates its 30th anniversary as the official NBA game ball, it has experienced double-digit growth in NBA basketballs and systems.”

With regard to its team business, Picca says it has nearly tripled in the last 10 years thanks to the league’s guidance to retailers. “The NBA works closely with our teams to provide retail best practices and helps give team retailers tools to show continued retail sales growth,” she says.

Though the NBA recently experienced a leadership change — ex-commissioner David Stern retired this past February, handing the reigns to his successor, Adam Silver — the league expects to continue the push for globalization with retail and licensing programs, as well as consumer products.

Picca says online and bricks-and-mortar NBA Stores will continue to be rolled out. In fact, as of this past January, MK Trend, the league’s licensee in Korea, has opened 56 NBA-branded shops, with 14 more planned by the end of 2014. This adds to a roster that includes more than 30 locations in Taiwan and a more expanded presence in China, the Philippines, Australia and New Zealand.

Focus on the global game doesn’t mean the NBA will abandon further expansion on its home court. In existing spaces, the league will continue to grow its traditional product categories while expanding into new ones. For example, a recent partnership with Walmart introduced the NBA to produce sections inside 3,600 stores. The initiative, called NBA FIT Food, featured oranges with NBA stickers and bags. Marketing included 6,100 in-store displays, social media, and NBA FIT clinics and player appearances, according to Picca.